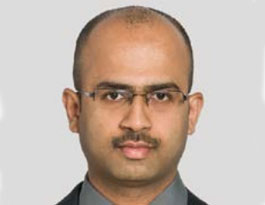 Primary interest of our laboratory is to understand the regulation of mammalian translation during its initiation and termination. In addition, we have also started projects in the area of angiogenesis and, tardigrades.

Translational readthrough: Translation is a process of synthesizing proteins from mRNAs by ribosomes. Gene expression in a cell can be regulated by altering this process. This mode of regulation of gene expression at translational level is vital to maintain the cellular homeostasis and also to respond to environmental cues. Our laboratory is primarily interested in regulatory mechanisms that operate during translation termination. Translating ribosomes normally stop protein synthesis at the first in-frame stop codon they encounter on an mRNA. However, in some special cases, ribosomes continue to translate beyond the stop codon until they encounter the next in-frame stop codon. This process known as translational readthrough (or stop codon readthrough) results in a protein with an extended C-terminus which can confer the extended isoform properties different from that of canonical isoform. Thus, it is a mechanism of proteome expansion like alternative splicing and alternative translation initiation. Translational readthrough is widespread in viruses, fungi and Drosophila. Due to the advent of techniques such as ribosome profiling and powerful computational tools, this field has gained momentum of late. Our laboratory has identified several translational readthrough targets in mammals. We are working on the mechanism and the physiological significance of these events (Fig. 1). 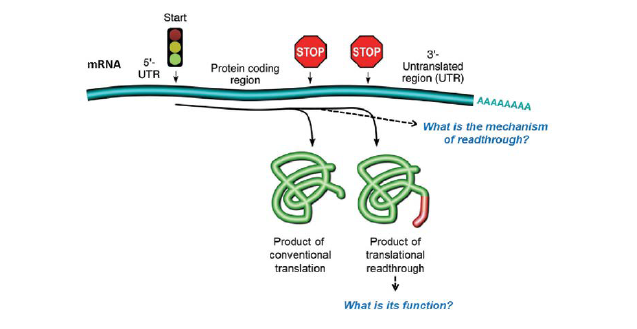 FIG 1 : “Genetic signal jump”: Typically stop codons (UGA, UAA and UAG) signal termination of protein translation. However, in some exceptional cases, ribosomes ‘jump’ this signal and generate longer proteins with unique properties. Our laboratory investigates these translational readthrough events in mammalian cells. Specifically, we study the molecular mechanism and the biological significance of these phenomena

Angiogenesis: In addition to mammalian translation, we are also interested in understanding the process of angiogenesis (formation of new blood vessels). We have recently demonstrated, in collaboration with scientists in the Department of Aerospace Engineering, that low-energy shock waves can be used to increase angiogenesis and wound-healing.

Tardigrades: Tardigrades are microscopic (0.2 to 1 mm in size) metazoans which are phylogenetically placed between nematodes and insects. Some of them exhibit extraordinary resistance to physical stresses such as extreme temperature, radiation, vacuum and dehydration. We have isolated a new species of tardigrade from a tree in IISc campus. Remarkably, it can survive up to 30 min in ultraviolet radiation. Now we are in the process of identifying the mechanism of UV resistance in these tradigrades.