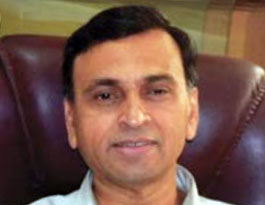 Current research is focused on the study of regulation of carbon metabolism in the methylotrophic yeast, Pichia pastoris. Past research contributions include, development of an indigenous recombinant Hepatitis B vaccine and a candidate Rabies DNA vaccine; dentification a virus-inducible nuclear, non-coding RNA (VINC/NEAT1); demonstration of anti-malarial activity of curcumin.

Study of transcriptional and posttranscriptional regulatory circuits of Pichia pastoris: The methylotrophic yeast Pichia pastoris is widely used as a host for recombinant protein production and we have used it for the expression of Hepatitis B virus surface antigen. The recombinant yeast strains are currently being used to manufacture recombinant Hepatitis B vaccine (Fig. 1). Despite its wide use for commercial production of recombinant proteins, the metabolic pathways of P. pastoris are not well characterized. The mechanism by which methanol activates the transcription of the gene encoding alcohol oxidase (AOX), whose promoter is used for recombinant protein production is not well understood. Since rewiring transcriptional regulatory circuits is a key strategy for metabolic engineering and synthetic biology, we initiated a research program to understand the mechanism of transcriptional regulation of AOX gene. Investigations on the study of key regulatory elements and transcription factors involved in the regulation of AOXI promoter led to the identification of Mxr1p response elements (MXREs) to which a key transcription factor called Mxr1p binds and activates transcription. Subsequent studies led to the identification of additional transcription factors regulating AOXI expression such as Rop1p and Trm1p. A series of investigations led to the demonstration that Mxr1p not only regulates the metabolism of methanol but also that of acetate and amino acids.

FIG 1 : Recombinant pichia pastoris yeast strains expressing Hepatitis B virus surface antigen are being used by two indian companies to make monovalent (BEVAC,ELOVAC-B) and pentavalent (ComBEFive) recombinant Hepatitis B vaccines which are being used in the Universal immunization program of the Government of India. More than 400 million doses have been sold till 2016.

While investigating the regulation of amino acid metabolism, a serendipitous discovery was made. It was observed that methionine synthase, a crucial enzyme involved in the biosynthesis of methionine localizes to nucleus in P. pastoris while it is cytosolic in all other organisms. If methionine synthase is forced out of the nucleus, cells die indicating that this enzyme has a novel moon-lighting function(s) inside the nucleus of P. pastoris. Recently, we have identified a novel post-transcriptional regulator known as Rtg1p, which functions as a nuclear transcription factor in Saccharomyces cerevisiae but acts as a cytosolic regulator in P. pastoris. Rtg1p is a key component of a novel signalling pathway involved in the regulation of multiple metabolic processes in P. pastoris (Fig. 2). 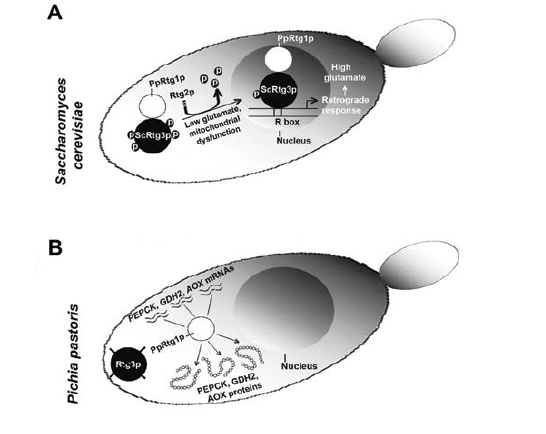 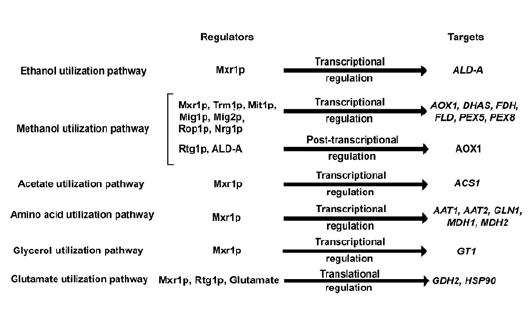